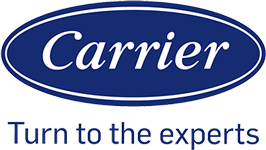 Quality Heating & Cooling is proud to serve the Englewood community!

We offer the following in Englewood, OH

About Englewood, OH - Happy to be your hometown Heating & Air Conditioning Contractor!

Englewood is a small city in southwestern Ohio. It is a suburb of Dayton, located 25 miles east of the Indiana state border. According to the United States Census Bureau, Englewood had a population of approximately 13,502 people in 2016. Englewood is the 10th largest city in Montgomery County.

Englewood is in an area of Ohio that was inhabited by Native American Indians. Eventually, settlers of European descent arrived in the area and established homes and farms. The City of Englewood was founded in 1841. Individuals from Harrisburg, Pennsylvania were the founders of Englewood. The city was known as Harrisburg but was renamed as Englewood in 1898.

Englewood is a beautiful and modern city. It is home to beautiful neighborhoods, good schools, shopping and dining opportunities, and many attractions. According to the Englewood website, Englewood features 8 parks, the Earl Heck Community Center, and a 2,000-acre park known as Metro Park. In Englewood, Ohio, there is something for everyone.

It is necessary for residents of Englewood to have cooling and heating systems installed in their homes. The city is in a region of the United States that is susceptible to warm summers and cool winters. During the months of June, July, and August, the average daytime temperature highs range from the low to mid-80s. However, Englewood is not immune to heat waves. Temperatures will rise to the mid-90s during periods of warm weather. Cooling systems like central air conditioning units are sufficient for Englewood homes. When temperatures rise, central air conditioning units help residents stay cool and comfortable inside their homes.

In addition to cooling systems, it is necessary for Englewood residents to have heating units installed inside their homes. During the months of December, January, and February, the average daytime temperature highs range from the mid to upper-30s. Snowfall is common in addition to very cool temperatures. Heating systems like furnaces are sufficient to heat homes in Englewood. During the long winter months, efficient heating systems like furnaces can literally be lifesavers.